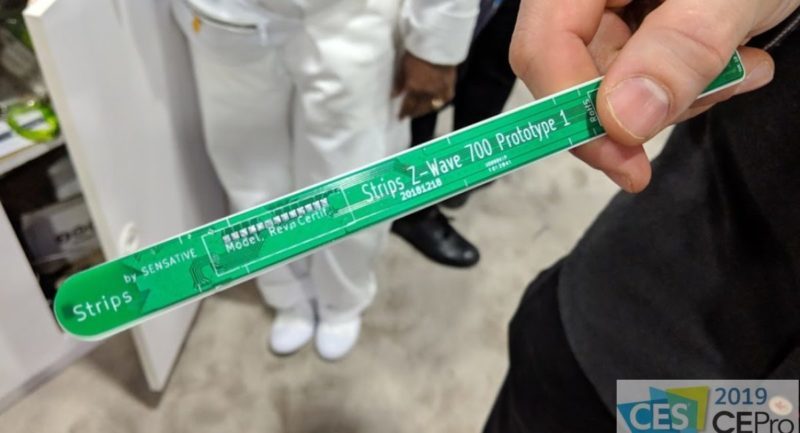 I’m really excited to hear that the Z Wave Alliance have been working hard on ZWave improvements in 2020. Dubbed Z Wave 700 series there are some dramatic improvements that provide real benefits to consumers.

Many consumers are turned off by the notion of using batteries to operate their smart home devices. The good news is that the 700 Series has taken leaps and bounds in this area. As a result, in the realm of a 60% improvement to battery life which can extend the battery of such devices to nearly 10 years.

Good news for large ZWave installations that have had issues with coverage or range. A staggering 250% increase in ZWave range. What is yet to be seen is if there is an increase in hop count to cater for the largest of networks. Increased hop counts mean a denser mesh. This mesh also has alternate paths for devices to communicate increasing the resiliency and range.

There are further improvements to security as well. Previously security was optional when including devices into the network. This has now has been made mandatory for the 700 series. It will be interesting to see how this pans, as a result there may be an increase in ZWave traffic on the network by having security as a mandatory feature. Time will tell!

One of the fantastic benefits for consumers though is ZWave still provides 100% interoperability . This is great news for smart home buyers worried about ensuring their devices play nicely. ZWave devices must be certified by the alliance to ensure they play nicely by being backward compatible. This is a really nice feature that provides consumer with peace of mind when choosing their ZWave devices.

I’m excited by the huge ZWave improvements for 2020 and an it’s exciting time for consumers. I’m really looking forward to having Fibaro’s Motion Sensors operating for up to 10 years on a single battery.

One of the great things for Netsecure Automation customers is that adding ZWave 700 Series devices into your smart home will be straight forward. Plugged in via USB into your existing IHP Server, this allows the system to take onboard new 700 Series devices. It also ensures existing devices still operating perfectly. Fantastic news!

By making use of ZWave Home automation you have complete control over your electrical outlets and the devices connected to them. This allows you to turn on/off those devices and monitor their energy consumption. How many times have you forgotten to turn something off? Or wanted to check if something was on?

Netsecure Automation can solve these problems with reliable ZWave solutions designed to save money and provide easy control of energy.

Automated lighting is one of the most powerful features available in smart home. Worried about intruders? When motion detection occurs, we can program scenes to flash all or some of the lights in the home or send alerts to your mobile or Alexa. You’ll be aware of what’s going on at all times. Never worry about turning lights on or off with intelligent timers which use the amount of light and time of day to automatically control lights. That’s smart!

By knowing what you’re consuming and when you have the ability to reduce peak energy usage in high cost times of the day. Making smart decisions is one of the benefits of a Netsecure Automation home. By using scenes or schedules Netsecure Automation can automate the most energy intensive tasks to reduce costs and the burden of every having to worry about temperature again.